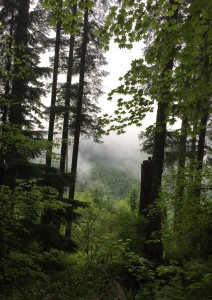 I’ve been reading a lot lately about Virtual Reality and how our lives will be forever changed when we can be immersed in virtual scenes, whether these be business meetings, movies with friends, games, or trips to far off places.

Having seen the Internet move from text-based content to photograph-heavy content, and knowing that video content is already moving in (a website project I was working on lately in the end involved little work for me because the owner wanted videos (of himself) to carry his message), it isn’t hard for me to believe Facebook founder Mark Zuckerberg when he claims that VR will be the next step beyond video. He revels in the thought of “be[ing] able to stream what you are doing live and have people to able to interact in that space. . . .  Humans are fundamentally social.”

There is something missing here. I don’t want to push against the tide, but moving to a virtual reality is not a complete human experience. One of the scenes Zuckerberg imagines is sitting around a virtual campfire with friends from around the world. The social aspect of that, the human social aspect of that may be valid. Meeting somewhere in real time, and interacting with those someones, both verbally and visually—so that gestural, “metalinguistic” communication is intact as well—that’s all good.

The missing piece is what’s not human in that scene. A constructed version of nature and wilderness is neither one. I’m seeing an article this morning (yes, on Facebook) about a bison calf that Yellowstone Park visitors “rescued” because “it looked cold” and they thought it had been abandoned. The result? The calf had to be euthanized because it quickly developed the habit of begging for food from humans and gravitating toward human contact. That’s cute in a 65-pound calf. Not so much in a one-ton plus adult bison. 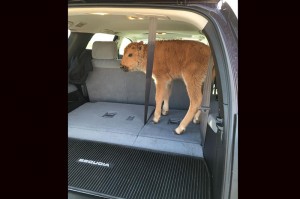 The point is that we often don’t understand what we see in nature. And if and when we try to construct what we do understand as nature in Virtual Reality— well, I’m not optimistic. Even the vegetation could be an issue. Many folks are so deprived of experience in nature they don’t know how to describe it. I had a student a few years ago who was writing a scene with trees. In the interest of aiming him toward clearer, more precise description, I asked, “What kind of trees are they?” He answered, “You know, normal trees.” I fear that our virtual reality would be populated with “normal trees” and “normal creatures.” I shudder to think.

Of course, what I know about VR would rattle inside a hollow aspirin tablet, and maybe engineers are already uploading all sorts of data I can’t imagine to create a more real virtually real. But a larger issue remains. Nature is not a human construction. The better you know that, the more strange and wonderful nature becomes. Sometimes it seems utterly alien. So be it.

The Romantic poet William Wordsworth famously wrote, “Nature never did betray the heart that loved her,” but despite all his long walks in the Lake District, Wordsworth was wrong, I think. I don’t think that “nature” cares much about me, frankly. Nor should it. I am a part of nature, yes. But nature isn’t here to provide me with feedback about myself, or to stand as a metaphor for my life process. I need to be curious, and attentive. Respectful, and learn to keep my distance sometimes, as those Yellowstone tourists maybe learned the hard way.

Since it hasn’t worked in the real world, I don’t have much hope that that attitude can work in virtual reality.