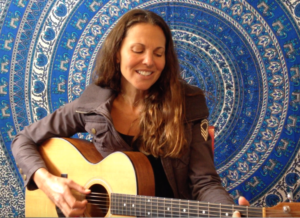 A recent blog from ReverbNation titled, “Why Honesty is Important in Songwriting” got me thinking about this. And my title isn’t really honest (to tell the truth) because I believe, as did the writer of the article, that honesty is very important. For me, the question is more about how, as a songwriter, you can achieve honesty. One way is physical.

A few years ago, I was co-leading a retreat with my Crafting Songs partner, Chris Alexander. Our group was made up of high school students. Their developmental challenges went beyond songwriting, for sure. It is tough being an adolescent. But something that struck Chris and me was the cleverness of the lyrics and the way the writers concealed themselves behind that cleverness.

Some people think that irony is the bane of the Millennial generation. I don’t know about that. Composing songs made of an avalanche of words, images, ironic commentary is a trap for many at any age. But I did notice that being “safe” behind the clever irony was very much a thing in this group. Something that went along with that: a tight-lipped presentation. These young singers were keeping their mouths shut, literally, as if to leave one’s throat exposed for too long left one vulnerable.

We’ve probably all read that years ago the act of covering one’s mouth during a yawn or a sneeze was not so much about hygiene. It was about keeping the devil from jumping down your throat. That instinct, in a different frame, seemed to be at work with these kids. Don’t let anybody in. Don’t leave yourself open to hold a note longer than a quarter of a measure.

When I challenged them to do just that, they listened. The first evening thereafter when we shared the work of the day, suddenly there were whole notes. Tied whole notes. Those kids were writing choruses that sang rather than muttered. They felt the difference themselves. They applauded each other. They rewarded each other’s newfound vulnerability. The work that week got better and better.

Seeing that result changed my own songwriting. I approached my choruses differently. I realized, as had the kids, that holding out notes invites others—not to critically “jump down your throat,” as the saying goes— but to join with you. Songs become more communal when there is opportunity, invitation for others to join. And isn’t building community what songs and what singing are all about?